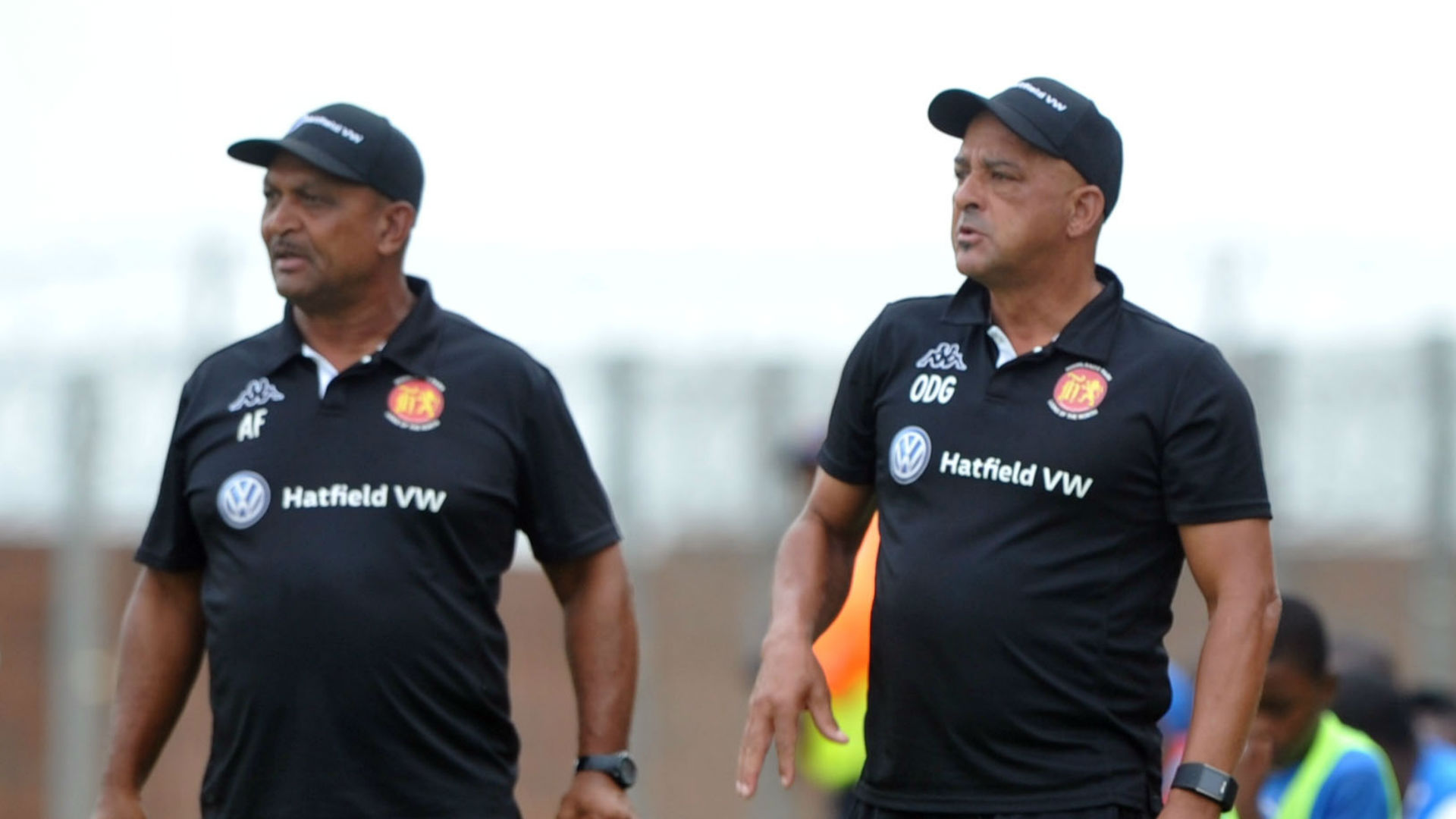 Highlands Park coach Owen Da Gama has downplayed individual brilliance after leading the Lions of the North to the MTN8 final, preferring to call it a stroke of teamwork.

The former Bafana Bafana assistant coach has credited his technical team including his assistant Allan Freese as well as goalkeeper coach Rowen Fernandez.

Following a goalless draw in the semi-final first-leg, the Tembisa-based club managed to reach their first final in the Premier Soccer League (PSL) era via a 4-3 win on penalties.

“Firstly at Highlands Park it’s all about the collective, it’s not about an individual that gets the credits, everybody is working hard,” Da Gama told the media after the match.

“Allan Freese is working hard, Victor Tshabalala is working hard and they must get the credit. Our fitness trainer is doing great for the fitness and strength of the players, she has done an amazing job,” he reacted.

With the former Kaizer Chiefs netminder in the form of Fernandez having recently joined Highlands’ technical bench, ‘ODG’ has praised the former Orlando Pirates goalkeeper coach for his work on the likes of Thela Ngobeni.

“Rowen is coming in and he has done a fantastic job with the goalkeepers. So, it’s all about a collective. The management must also take the credit because they support us,” he continued.

“I am part of a team and for me the greatest pleasure is when we all celebrate and are part of something that is going well,” he concluded.

Although coach Zlatko Krmpotic’s men were in high spirits ahead of the clash at Makhulong Stadium after beating Amakhosi in the league, they could not make it to their first-ever Cup final in the South African top-flight.

The Lions of the North will hope to lift their maiden Wafa Wafa trophy where they will face the winner between Mamelodi Sundowns and SuperSport United who are set to meet in the second semi-final clash on Wednesday night.

Meanwhile, Da Gama will now turn his focus to their next PSL match, against Baroka FC away from home on Sunday afternoon, September 22.