CHARLOTTE, N.C. — It was easy to see that the final weeks of the 2019 NFL season were tough on Carolina Panthers linebacker Luke Kuechly. The player who prided himself on being perfect was less than that for perhaps the first time in his career.

There were times he seemed a step slow.

But it wasn’t so obvious that anyone could have anticipated the retirement bombshell Kuechly dropped on Tuesday night, announcing that at 28 he wasn’t sure he could play as fast and physical and strong as he was accustomed.

Until Tuesday night, the word “rebuild” and new coach Matt Rhule didn’t really stick because with Kuechly, there was the feeling the Panthers always had a chance — even when they were losing their final eight this past season and seven of their final eight in 2018.

Quarterback Cam Newton liked to take on the “Superman” persona. Kuechly was the “Man of Steel.”

“Luke is like going to a famous steakhouse, hearing about Wagyu steak,” veteran defensive tackle Gerald McCoy told me late last season as Kuechly approached 1,000 career tackles. “It’s been pampered all its life, played music, too, and wined and all this so it can be prime for you to enjoy. And then when you get to this famous steakhouse and you order the steak and bite into it, it’s like, ‘Wow, it is as advertised.’

Rhule would have enjoyed coaching Kuechly. Who better to build around than a seven-time Pro Bowl linebacker who loved football as much as anyone, who exuded the kind of leadership and class that is the perfect example for young players?

He was one of the best people, too.

Now he’s no longer on the field, and whether it’s for fear of suffering another concussion, the overall wear and tear of eight NFL seasons or not wanting to be a part of a rebuild, it doesn’t matter.

The loss of Kuechly makes this feel as if Rhule is starting from scratch, as he did at Temple and Baylor. It makes it feel like 1995, when the Panthers were an expansion team looking for an identity.

Kuechly was a part of the core McCoy talked about when explaining why the new coach would inherit a team that has the ability to win immediately. McCoy also mentioned Newton and tight end Greg Olsen as part of that core.

But both of them could be gone, too. Newton’s health is uncertain at age 30 as he recovers from foot surgery and Olsen has indicated that at 34 he doesn’t want to be a part of a rebuild.

Take them out of the equation with Kuechly and that’s three of the six captains for much of the past six or seven years. That’s the core that former coach Ron Rivera turned into a team that went an NFL-best 15-1 and reached Super Bowl 50 after the 2015 season.

Four years later, the window of contention for the Panthers has shut, and tightly. 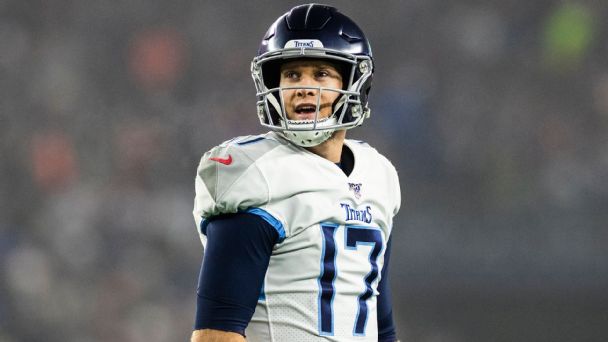 • Biggest free-agent decisions for every team
• RB Williams steps up for Chiefs at right time
• LaFleur, Shanahan got here together
• McCarthy’s role in personnel decisions
• Dolphins need to find their QB

Now comes the question: How long will it take Rhule to create a new window?

The cupboard is not bare. There’s Christian McCaffrey on offense, the third player in NFL history to have 1,000 yards rushing and receiving in the same season. There’s linebacker Shaq Thompson and his new, four-year, $54.2 million deal on defense.

But great coaches need great players, and the loss of Kuechly takes away one of the greatest to wear a Panthers jersey.

Rhule likes challenges. He’s got one now. He’s got almost a clean sheet of paper to build this team anyway he wants, particularly if Newton is released or traded.

He’s done this with what he calls a process, and for the most part that has meant starting from scratch. That appears to be the process here, and the first hint might have been in the video before he was introduced as his first news conference.

“I look at the Panthers as an opportunity to say, ‘Hey, what kind of culture is going to be built here?’ What is the identity going to be? What’s our plan?’” Rhule said. “We’re just going to build. In uncertain times when there’s transition, you just take your two hands and start to build. Each and every year you build a new team. No matter what you do the year before, you start over from scratch and you build.

What’s next for Kuechly remains to be seen, too. He’s always been called a coach on the field. Perhaps Rhule will find a way to add him to his staff as a linebackers coach, as former Panthers coach Dom Capers did with Sam Mills when he retired after the 1997 season.

Kuechly will remain a part of the game in some form or fashion. He said as much in his retirement speech, saying, “I hope to still be involved in some way.”

The sad part for those who have followed the Panthers the past eight years is there will be no chant of “LUUUUUKE,” as there was every time No. 59 made a tackle or big play.

The chants could turn to “BOOOO” out of the frustration that comes with rebuilds.

And if there was a question whether this was a true rebuild, there isn’t now.