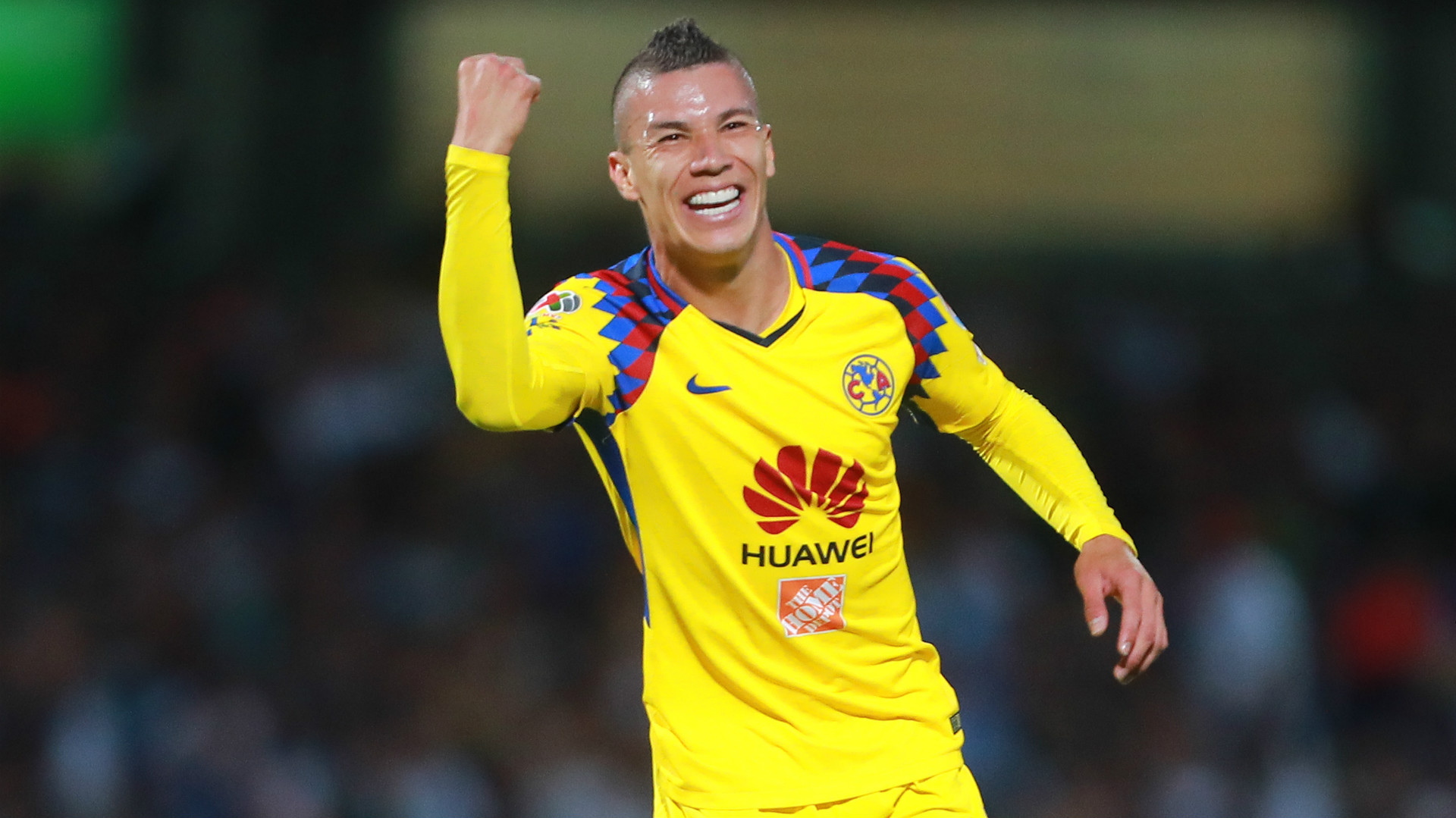 Is Hirving Lozano bound for Serie A? Will Rodolfo Pizarro cross the Atlantic? Who else will Chivas sign this summer? Goal summarizes the transfer talk

Club America forward Roger Martinez is hoping to head to Europe this summer, according to  Record .

After a strong start to the Copa America with Colombia, Martinez was linked with a move to Europe or MLS. However, America is looking for a $20 million fee for the 25-year-old and is yet to receive a formal offer for his services. That said, the player and his camp are hoping to find a suitor who could help him leave the Mexico City club with a crowded attack after the offseason arrival of Giovani dos Santos.

Diego Reyes is on Atlas’ radar and may be set to join the club on loan, according to  Gercek Gundem .  He also is the subject of interest from Toluca, according to  MedioTiempo .

The defensive midfielder-center back, also linked with Club America and Greek side Olympiacos during the summer, has had a tough go of things the last few seasons, struggling for playing time in Spain and Turkey. The 26-year-old is set to report to Fenerbahce on July 27.

Boca back in for Meza

Monterrey midfielder Maxi Meza once again is of interest to Boca Juniors, according to  Fox Deportes .

With Nahitan Nandez set to head to Serie A side Cagliari in a move worth  €18 million for 70 percent of the Uruguay international’s rights, Boca manager Gustavo Alfaro wants the club’s directors to again attempt to bring the Meza back to his home country. Earlier in the summer, Rayados requested a $17 million fee for player they signed from Independiente in January.

Pizarro with interest from Milan

AC Milan is interested in signing Rodolfo Pizarro from Monterrey, according to  Sky Sport Italia .

While Rayados paid between $16 million-$20 million to pry the playmaker from Chivas in the summer of 2018, they’re willing to accept $10 million from a European club to help the 25-year-old fulfill his goal of crossing the Atlantic. Milan’s first choice is Fiorentina Frenchman Jordan Veretout, but would turn to Pizarro if his signing can’t be completed.

Fiorentina is looking to bring in a striker this summer with Mexico’s all-time leading forward Javier “Chicharito” Hernandez an option, according to Corriere dello Sport .

The 31-year-old is back in training with West Ham United but said this summer he expects to leave the Premier League club. Meanwhile, La Viola are looking at Hernandez and former Club America forward Dario Benedetto as options to give competition to Giovanni Simeone up top.

Napoli, Lozano agree to personal terms but deal not done

Hirving Lozano and Napoli have agreed to personal terms but an agreement between the Serie A side and PSV is not finished, according to  Calciomercato .

The report says Lozano spoke with Napoli sporting director Cristiano Giuntoli with the sides agreeing to a €4 million per year contract if the Dutch side’s terms can be met. PSV reportedly asked for $40 million for the El Tri winger during the winter but now doesn’t want to budge from a €50 million ($56m) asking price.

Earlier this summer, interest from Paris Saint-Germain slowed progress on a deal a deal that would send Lozano to Napoli, according to Corriere dello Sport.   The same outlet reported Napoli offered Lozano a five-year contract after reaching an agreement with PSV to buy the El Tri star.

Atletico Madrid hopes to sign Mexico left back/winger Jesus Gallardo, according to  AS .

The former Pumas winger generated European interest after playing four matches for Mexico in the 2018 World Cup. But he already had signed a deal before the tournament to join Monterrey. His deal with Rayados runs through 2023, but the report says Atleti could acquire his services for €5 million.

Eintracht Frankfurt has Leon forward Jose Juan Macias on the radar and scouted him at the U-20 World Cup, according to Record .

Chivas currently hold the rights for the 19-year-old but are waiting to see if Leon will pay around $15 million to buy him outright after spending the Clausura on loan with the Liga MX finalists. Macias scored eight goals, more than any other Mexican player in the tournament, and good for a tie for fifth place overall.

Lazio have Diego Lainez on the radar and may make an attempt to buy him from Real Betis, according to  Il Messaggero .

Lainez arrived in La Liga just six months ago, and in his introductory news conference Betis boss Rubi said he thinks Lainez is a fantastic player. However, the club may be willing to sell this summer if it can recoup its €14 million investment. The Italian club would look to pay off the debt it currently owes Betis after signing Riza Durmisi last summer and then pay the Lainez fee in a pair of installments. Lazio manager Simone Inzaghi may be forced to deploy a 4-3-3 this season, which would suit the 19-year-old winger well.

Victor Guzman is interested in a move to Europe, with clubs in Portugal, Germany and the Netherlands potential destinations, the player’s agent, Matias

The Pachuca was linked with a move abroad in previous transfer windows and could take the leap this summer. The agent also represents Diego Reyes and said reports linking the defender to Tigres are premature with the sides yet to speak

Djaniny not headed to Cruz Azul

Former Liga MX top scorer Djaniny has interest from Premier League teams in addition to clubs in Mexico, according to  A Bola .

The Cape Verde international has continued scoring goals since leaving Mexico, with 20 league goals for Al Ahli in Saudi Arabia. West Ham, Everton and Wolves reportedly are tracking the 28-year-old.

Cruz Azul was interested in bringing him back to reunite with manager Pedro Caixinha, but La Maquina sporting director Ricardo Pelaez said a deal isn’t going to happen this summer.

Mexico national team goalkeeper Guillermo Ochoa has interest from Watford, according to  Record .

Previously in the summer,  MedioTiempo   reported Valencia and Getafe would like to add the shot-stopper to their squads as well. Ochoa may prefer those options, with memories of his previous time working with manager Javi Gracia dominated by being stuck on the bench behind Carlos Kameni at Malaga. However, the coach apparently would like Ochoa to replace the retiring Heurelho Gomes.

Ochoa also has an option to return to Liga MX in Atlas, according to ESPN Mexico . The Rojinegros’ new ownership group is looking to make a splash and has a good relationship with the current Standard Liege shot-stopper. However, a good deal of convincing is needed for the 33-year-old to leave Europe. In addition to the Premier League and La Liga interest, he also was reportedly on Porto’s list of potential Iker Casillas replacements.

Andres Guardado’s agent was in Seville this summer working on a contract extension with Real Betis, according to  ABC Sevilla .

The 32-year-old’s current deal would keep him in La Liga through of 2020. The player has been targeted by Liga MX and MLS teams in the past and manager Quique Setien’s departure could make it more appealing for him to return to North America. Still, Real Betis are seeking a deal that would keep him with the club in 2020-21 and have an option for an additional season.